Every year millions of Apple fans queue and pre-order to get their hands on the latest Apple iPhone.

Now, a new rumor suggests that Apple may be working on a new portable console. The new system will compete in the same market as the Nintendo Switch, which will soon have more options than the Steam Deck.

According to the source, Apple has already begun production on many games and has enlisted the help of big studios. Breath of the Wild and Mario Odyssey aren’t the only games in development at Nintendo, and they’re already ready to launch.

When Apple announced its Apple Arcade subscription-based service, which gives users access to both premium and exclusive iOS / iPad games, it signaled the company’s renewed focus on gaming. Games have become one of the most successful items in recent years, particularly since the outbreak last year.

Apple’s plan was thwarted by the COVID-19 outbreak, but there’s a possibility the console may see the light of day soon. 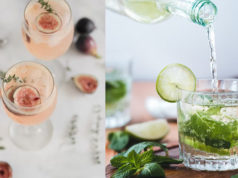