As of the time of writing this article, Japan is undergoing it’s third wave of the Coronavirus outbreak. With the pandemic showing no signs of abating, the vaccines untested on a massive scale alongside logistical issues to iron out, that leaves Japan’s economy still in a vulnerable state.

So how does that impact the JAV industry? One working girl summarized it the best:

Given how the Japanese Pr*stitution Trade and the JAV industry are intertwined, there’s bound to be an uptick in new debutantes (and a few returnees) for the camera to work on. So this article will feature a few notable names that came to be during this wild year, perhaps quite possibly because of it too.

Now we have the Underground Idols, in which two names especially came to mind for this writer.

She makes her debut in mid 2020. Since it’s known that JAV post-production usually takes a period of 3 to 4 months, it’s not hard to estimate the principal photography of her first film took place during April to May when Japan enters its pseudo lockdown.

So what made her came to that fateful decision to start an AV career? Well, given the nature of the virus and how minor idols like her normally performed for a group of people in a small enclosed space, it’s not hard to imagine that her main source of income dried up during that nearly two month period from the start April to the end of May.

Next, we have the up and coming Nana Yaotome,

Who goes right into hinting her past:-

The truth is she was Sayaka Takayama belonging to a group that goes by the moniker of Girl’s Horizon, who announced her retirement a month before she enter the p*rn industry,

What’s of note is the speed of how she made the switch from her idol identity to JAV talent, all within a fortnight. Logically that will mean that she filmed her debut title from August to September while still maintaining that idol persona. Again, it’s not hard to imagine that the group’s gig had exhausted by summer, along with her (perhaps only) source of income. I take it her financial situation is especially dire at current.

Speaking of August, that was when the second wave of the Pandemic hit and the Japanese government blamed nightspots and bars for it. Naturally, the pockets of people in the trade took a hit

And thus we have the first of our notable returnee, Sumire Mizukawa:-

Who makes a proclamation back in May 2019 to put her acting career on a hiatus and be a DJ :-

And we have Riri Nanatsumori, who have been discovered to be previously employed as a hostess under the name of Hazuki Noai :-

Curious how a club was promoting her birthday only a couple of months before her identity switch.

Readers should again note that all the above mentions are just what I believe to be some of the more interesting and prominent names. They can be considered to the tip of the iceberg for what I dub as the “pandemic influx” into the industry, given how the latest statistics figures even suggest that the pandemic has a net overall negative impact on the wellbeing of women more than men in Japan, financially and mentally

Since being a JAV talent still carries a negative image, there are perhaps many others who might just choose to just moonlight as one anonymously until the pandemic burns itself and they can return to their previous life.

With infection cases ever increasing as winter approaches, it’s very likely Japan could be forced into another semi-lockdown as the government warned. Will COVID-19 surprise us yet again after Christmas with the coming of a new year?

But don’t feel bad for those who choose to take the plunge. This is their choice. As Yaotome best puts it

“People say you fall into JAV. I don’t feel like I’ve dropped an inch.” 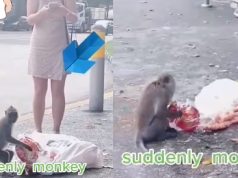 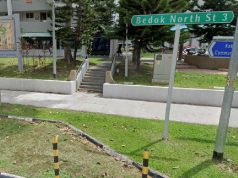 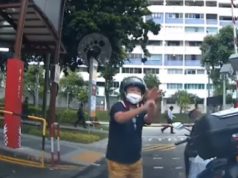 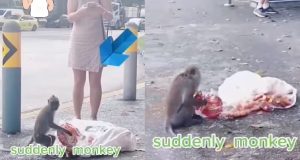