According to the Police media release, a 53-year-old man will be charged in court today (June 20) for attacking two NEA officer.

The man started to swear at the two officers, he punched and kick one of the officers and even threw a bicycle at them.

Under Section 332 of the Penal Code, voluntarily causing hurt to deter a public servant from his or her duty is a punishable offence.

If convicted of this offence, you can receive up to 7 years in jail and/or a fine and/or caning. 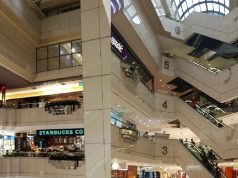 WOMAN SAY SHE’S NOT ATTRACTED TO BF ANYMORE, RATED HIM AS A 4 WOMAN SAY SHE’S NOT ATTRACTED TO BF ANYMORE, RATED HIM AS...

INDIAN FT WHO WORKS AT IBM COMPLAINS TO HOTEL WHEN BABY... Raging Siam Kia - September 27, 2020
0
Source: Singapore Eye A picture of a man was recently posted on the Facebook group Singapore Eye which...