It has gone viral online that 2 police reports were made against Miss Raeesah Khan a Workers’ Party candidate that is currently running for elections in the current GE elections.

Both reports made on Jul 4 and Jul 5, were allegedly made by Ms Khan on social media, said the Singapore Police Force (SPF) on Sunday (Jul 5).

“She allegedly commented that Singapore law enforcement authorities discriminated against citizens, and that compared to other groups, rich Chinese and white people were treated differently under the law.

“In the context of a news article on the City Harvest Church ruling, Raeesah Khan allegedly commented that Singapore jailed minorities mercilessly, harassed mosque leaders but let corrupt church leaders who stole S$50 million walk free, and questioned who had been paid,” said SPF in a statement.

“The Police have consulted the Attorney-General’s Chambers, which advised that an offence of promoting enmity between different groups on grounds of religion or race under Section 298A of the Penal Code is disclosed,” the statement said.

We would like to maintain a serious stance that Singpore is a country that takes religious and racial harmony in high priority and all should respect each other in all manners. 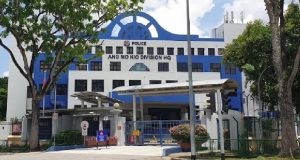