He was believed to be suffocated by the magazine and was actually he was still alive when the magazine fell on him.

Joji’s death was only discovered six months later by his landlord due to the fact that he was no longer paying rent which gave him a reason to open Joji’s apartment.

AH BENG: “EASIER TO CHEAT NAIVE XMM TO BED NOW ONLY CAN DRINK AT HOME” 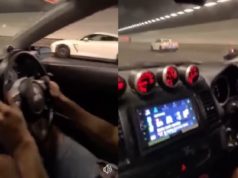