I was having packed lunch at a void deck at Kaki bukit, Jln Tenega, when such inhuman behavior utterly disgusted me.

This foreign worker just had his lunch, lying on the ground at a corner resting, taking afternoon nap (without blocking anyone’s passage). This uncle (probably in early 60s) walked by and was very furious with the worker lying there, immediately confronted the worker.

“Oi Oi Oi!!! Who are you? Why are you sleeping down here?! You are not allowed to sleep here! This is my house! Here is not for sleeping! What are you doing here?!” He shouted.

And it goes on & on & on….The worker had no chance in rebutting. Clearly from what I heard, this worker had years of experience working in Singapore because of his fluent singlish trying to rebut the man. Parts of the conversation are in this video. Nothing more to describe much except for the man’s mindset of unaccepting foreign workers to lie on the ground, and I was so mad at him for shouting and scolding the poor worker.

I stopped the recording and confronted the man. He was taken aback. He thought I would “support” his stand, apparently not. 🙄 He left immediately after not being able to rebut my words, warning & scolding. 😂😂😂

This issue with residents acceptability with foreign workers lying in void decks resting, was a local hot topic back in early 2000s. I thought most, if not, all Singaporeans would have been used to and accepted to this scene. Unless the workers tried to be funny, residents will take action.

If you disagree with the actions of the man, SHARE it! Not to shame him, but to put across the message that at any circumstances when you see foreign workers lying around to rest, no one should act as if they have authority and start confronting & shouting at them! What a SHAMEFUL behavior! 🙁 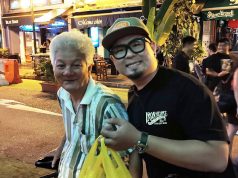 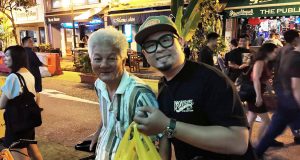 Hello Its me - January 19, 2020
0
Have you ever seen this elderly man who always rides an old school bicycle? If you frequent...