A Singaporean man was captured on Saturday (April 2) for assaulting three understudies from a full-time Islamic religious school the day preceding, the police have uncovered in an announcement.

Police were educated of a case at around 7.35am on Friday (April 1), in which a man purportedly made hurt three female understudies of Madrasah Al Maarif Al Islamiah in three separate occurrences close Paya Lebar MRT station.

The understudies, matured 14 to 16, were on their different approaches to the madrasah when the 48-year-old Chinese man hurt them.

Said Deputy Commissioner of Police (Investigations and Intelligence) and Director of the Criminal Investigation Department Tan Chye Hee in the announcement: “The police take a stern perspective of acts that could undermine the racial and religious concordance in Singapore. Any individual who made hurt others on the premise of their race or religion will be managed seriously as per the law.”

On Friday morning, the school’s control courtesan made a Facebook post about the occurrence, saying that the three understudies had been physically assaulted by an obscure moderately aged man at Paya Lebar MRT Station at around 7.20am.

The main casualty was kicked on the left thigh, she said. The second was hit by a plastic pack containing an overwhelming thing and the third was hit in the same way on one of her eyes.

In the post, which was generally shared on online networking, the educator included that a police report had been made and offered for onlookers.

Police said it had gotten a call for help around 7.35am at Lorong 39 Geylang – the location of the casualties’ school.

In a different Facebook post on Friday evening, the madrasah expressed gratitude toward all who had reached it out of sympathy toward the understudies’ prosperity.

“The influenced understudies have been guided and folks have been reached,” it said.

It was an occurrence that started solid judgment on the web.

On Friday, Minister for Home Affairs and Law K. Shanmugam composed on Facebook that he had requested that the police explore the matter, including that “the thought processes in the assault (were) not clear” around then.

The occurrence occurred two days after Mr Shanmugam went to another madrasah, approaching Singaporeans to connect with their Muslim neighbors and assemble social attachment, taking after a late string of fear assaults all inclusive that undermines to shred the trust among groups here.

On Saturday night, Deputy Prime Minister Teo Chee Hean said on Facebook that “we ought to stand together against all types of savagery against blameless persons”. 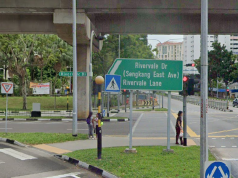