CNB conducted a series of raids against drugs since the start of this year, on the 14 January 2020, officers from the Central Narcotics Bureau (CNB) arrested a 72-year-old stateless male suspected drug trafficker near the junction of Bendemeer Road and Geylang Bahru Road.

Drugs found on the suspect:

Drugs including about 422g heroin were found from within a backpack

They were arrested at Geylang Bahru Road, the 72-year-old that was arrested earlier met up with the 26-year-old Malaysian at a bus stop along Bendemeer Road.

Follow-up investigation leads the CNB officers to the arrest of a 64-year-old male Singaporean suspect. He was arrested at a residential block in the vicinity of Jurong East Street 21.

Investigations revealed that the 64-year-old is believed to be linked to the 26-year-old male Malaysian suspect who was arrested earlier. Cash amounting to $2,200 was recovered from the 64-year-old suspect.

At the same time follow up raids at the 72-year-old suspect’s unit, CNB officers arrested a 55-year-old female foreign national.

Drugs that were seized from the bedroom

The following text is quoted from CNB:

“The estimated worth of the drugs seized in this operation is about S$100,000. Investigations into the drug activities of the five arrested persons are ongoing. 1,355g of heroin is sufficient to feed the addiction of about 645 abusers in a week.“ 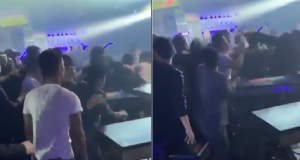