How would you relate if you were 17 years of age, not having seen your beloved mother for a period of three months and given approval to finally visit your mum? Elated? But wait, here’s the catch, you have to travel BY FOOT from the S’pore causeway to JB immigrantions department to accomplish this.

Well, if you think that it’s a breeze, how about you being rejected upon your arrival to Johor and returning back to S’pore. On foot. This is what Mr Muhannad Shafqat Ali, 17 alledged and here’s his story as from FMT.

Despite written confirmation from MM2H that he would be allowed to enter Malaysia, Muhammad Shafqat Ali, 17, was forced to walk back to Singapore after Malaysian immigration officers denied him entry as he had not undergone a test for Covid-19.

An e-mail sent by the MM2H Centre in Putrajaya to Muhammad, which was sighted by FMT, said he could “return to Malaysia and undertake the swab test upon arrival at the entry point”.

He was unable to get tested for Covid-19 in Singapore as the country does not conduct tests for those who show no symptoms.

“Initially, I was very excited and hopeful about meeting my mother after three months,” Muhammad told FMT.

“Everything seemed to be in order and I had multiple confirmations (from MM2H) that I could cross, even on the day I was travelling. But when the immigration officers said they couldn’t allow me in… I just felt deflated.

“It’s like there is no proper procedure in place. I was very sad and I was crying, but I knew I had to continue walking across the Causeway. I couldn’t stay by the road the whole time,” he added.

Muhammad’s journey back to Singapore across the Causeway was captured on video by his sister, who, along with the rest of their family, had rented a condominium in Johor Bahru near the border to save time when picking Muhammad up.

The teenager, who has been in Malaysia ever since he was born, returned to Singapore on March 16 to enlist for National Service on March 24.

Muhammad said he was prepared to pay for the cost of testing in Malaysia, undergo the mandatory 14-day quarantine and any other measures set by the government.

The email by MM2H to Muhammad on Wednesday said he could return to Malaysia and undertake the swab test upon arrival at the entry point as “this was announced by a senior minister on 16 June 2020”.

“The news is as attached. However, MM2H participants must agree to bear the cost of the test and all other requirements as per our guidelines,” said the MM2H Centre.

The attached news article was of a press conference by Senior Minister (Security) Ismail Sabri Yaakob on June 16, during which he said those who return to Malaysia without being tested for Covid-19 will be screened upon arrival, adding that the procedure applied to MM2H participants as well.

Prior to Muhammad’s trip, his sister checked with the National Security Council (NSC) and the health ministry about the testing procedure. Both agencies confirmed the procedure, as stated in MM2H’s email.

However, she was unable to get written confirmation from both agencies.

While at the border, Muhammad said he called the MM2H officer who sent him the email. The officer spoke to the immigration officer at the border but was unable to convince him to let Muhammad through.

Muhammad said an officer from the Singapore High Commission in Kuala Lumpur, who happened to be at the border, talked to Malaysian immigration officers to explain that Singapore does not carry out Covid-19 tests on healthy individuals, but the teenager was still denied entry.

“This shows a lack of communication and cooperation,” said Muhammad’s father, Shafqat Rustam.

“There are a lot more MM2H participants out there. That’s my worry. He’s fortunate he could walk back. But what about those who fly in?

“Even after all this trauma and rejection, Muhammad still wants to return to Kuala Lumpur. I hope something can be done to help him.”

FMT has reached out to MM2H and the Immigration Department for comment. GUARD WHO GOT DRUNK DURING SHIFT & HURLED VULGARITIES AT POLICE, JAILED 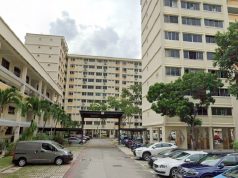 GUARD WHO GOT DRUNK DURING SHIFT & HURLED VULGARITIES AT POLICE,...

WOMAN FEELS THAT SHE IS IN A PRISON CELL AFTER MOVING... GUARD WHO GOT DRUNK DURING SHIFT & HURLED VULGARITIES AT POLICE,...