According to a media release by the CNB, On 6 Feb 2020, A Malaysian vehicle was stopped by the Immigration and Checkpoint Authority officers for checks at around 6.50 AM.

ICA officers’ found packages hidden in the rear seat cushion of the car. Here is what they found:

The estimated street values of the drugs is at around S$41,000. CNB stated that the amount of cannabis found is sufficient to feed the addiction of about 410 abusers for a week.

Upon discovering the drugs, the 23-year-old female Malaysian driver was placed under arrest and currently being investigated by the Central Narcotics Bureau(CNB) 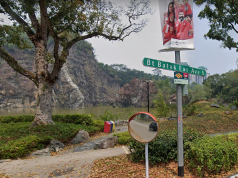 SIT STUDENT INFECTED WITH CORONA VIRUS. STAFF AND STUDENTS ON 14...