According to a FB user, a family of 3 were spotted without a face mask on while walking outdoors.

“Family outing without masks will cause extension of Circuit Breaker”

However, from the video, the family will dress in sports attire and woman in the video were seen holding a water bottle. It seems like the family were on their way to get some exercise.

According to Minister Mr Lawerance Wong, all residents are required to wear a face mask when outsides of their residences. Some exceptions are given to those who were carrying out outdoor activities such as running or jogging. However, a mask must be put back on after the exercise is completed.

Young children below the age of 2 are exempted from wearing a mask based on the recommendation by medical experts due to safety reason for children at such a young age.

Anyone who were caught without wearing a mask will face a fine of $300 and $1,000 for repeats offender. 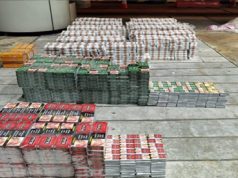 Raging Siam Kia - January 26, 2021
0
A Singaporean girl recently posted on Facebook about her experience with her abusive boyfriend. She stated on...