That resulted in two people admitted to the hospital due to burns and inhalation of smoke.

SCDF Reported First Fire: 11:15 this morning at a flat on the seventh floor of Block 106, Block 4, Bedok North.

The fire took out the whole kitchen, and the Civil Defence Force used a water jet to extinguish the fire.

A male resident was taken to the SGH for treatment because of inhaling smoke. About 40 residents of the HDB have evacuated themselves before the arrival of the Civil Defence Force.

SCDF discovered that the fire was caused by a PMD that was charging.

The second fire occurred at about 11:55 this morning at the No. 33, Lane 19, Geylang, a shop selling electric scooters.

The fire involved items in the shop’s storeroom. After the Civil Defence Force arrived, the water jet was used to extinguish the fire. An employee was sent to the SGH for treatment because of burns. 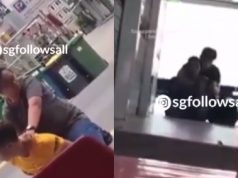 2 PRC MEN FIGHT W/O FIST BY SPITTING AT EACH OTHER... 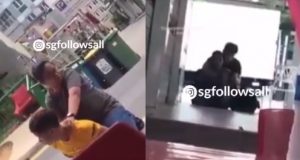 Happy Go Lucky - September 27, 2020
0
Credit Sg Follows all Footage of 2 men being arrested on the street of Singapore is circulating...