17-year-old Han Shiyu a Chinese National NTU student was expelled by the school after he was caught filming a woman in the shower.

The incident occurred on the 12 of August 2019 at around 9.20 pm, Han Shiyu hides in the toilet of a residential hall and filmed a woman with a mobile phone when she was showering.

Unlike another top school, NTU takes misconduct involving harassment much more seriously and the spokesperson said that the school have “Zero-tolerance approach”. CANCER STRICKEN S’POREAN STAYED UP TO WATCH NDP ONE LAST TIME, PASSED AWAY IN SLEEP 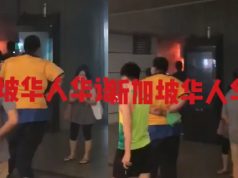 MAN TOOK UPSKIRT AND CHANGING ROOM VIDEOS OF 104 GIRLS AT...