Hi guys, first of all, i do not visit MLs or FLs often. Probably only once every few months to half a year.

But back in November, backside itchy so decided to find one on the usual websites. Saw a few whom i found pretty and texted them.

Im in my early 30s while shes in her late 20s. The first time i met her i was really surprised to find that she is actually really good looking and had just arrived in singapore for the first time. Found out after that she replied me was because she still did not know of the system to vet phone numbers yet lol. If she had known, she probably would not had replied to me hahaha.

So the deed is done and i left. Just after leaving, i received a text from her to ask me to add her on wechat. Didnt think much then and just added thinking would be easier to book her in future anyway. BUT! she started chatting with me, asking me if im already home and what not. So we chatted for a while before going to bed.

I just couldnt get her out of my head the next day and decided to book her again. And after this 2nd day, things just sort of really started. We chatted till late almost every night. Added me on her personal wechat, not the work one. Showed me old photos of herself and her family and wants to see mine too. Basically just got to know more about each other.

Up till that stage, it was pretty obvious to me that i actually feel for her, but still has doubt on her sincerity. But after much observation, she does not ask me for anything at all. Didn’t ask for any money or to buy her anything. Instead, she asks me out for meals and movies and will even insist on paying sometimes. She does not even want to take my money even after i visit her at her place.

She does not give any indication that shes trying to make use of me for anything, but genuinely wants to settle down. I know her real name, her address in china and how her whole family looks lie down to their family dog. We also video call each other pretty often.

We quarreled once as I’ve probably showed some distrust in her. She scolded me telling me. yes, she would be lying if none of her customer her ever asked her out, but she had always rejected them. She only goes out with me, and even then, our first date was also her initiative (asked me out for movie out of the blue). She chided me for thinking that she has nothing better to do than to spend all this time talking with me whole day till late when she could be sleeping or talking to other guys.

She showed me to her mother when they were video calling and also snapped a photo of me while we were walking outside to tell her mother that she found her a son in law lol. The mother just advised her to find someone that treats her well is good enough, no need to be rich or handsome lol which im neither anyway.

So right now. The big problem. She really wants to marry me and settle down. BUT! Hahahaha ****, I am already married, bros. I know, it is damn arsehole to do something like this, but i honestly did not expect things to turn out this way with her. I’ve been holding out as long as possible as shes starting to get angry with me for not bringing her to meet my friends and family. Shes starting to doubt my intentions saying she knows shes not worthy as shes in these kind of line. Why would i want to be serious with her.

I honestly have no issue with her line of work as it is circumstantial. What I will have problem with is if she had made use of me for money and what not. I have always told her that if have no money and she will not lead a good life if she marries me. Her reply is that of course if she is married here she will also work to share the burden of both our families.

And err.. I guess she actually wants a baby with me too, lol have been doing it with her commando style ever since. I know many of you will think im foolish for doing so due to her line of work, but i dont know man, i really trust her to be clean. The first few times i visited her she was really proper on protection. It is only after we really got into each other for a while before all the commando action begins.

So, very sorry bout this WOT, but are any bros here in or had similar situation as I. What did you do? I know, I know.. I have but only that few choices to be honest, its either i **** her over or my wife. I know. But it really is not an easy choice to make. 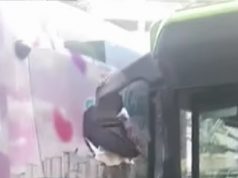 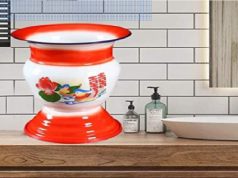 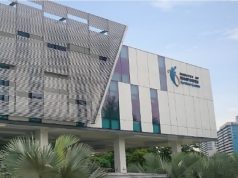 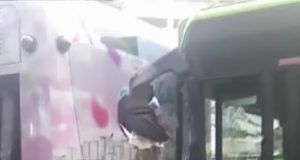 laughingbuddha - February 25, 2021
0
Source: Facebook Singapore roads accident.com新加坡公路意外网页 Yesterday in the afternoon, an SBS bus was seen knocking into another...