Singapore witnesses millions of tourists from all over the globe looking for fashion, glitz and glamour apart from craving a good time. But not many of these tourists know the fascinating history, the island nation situated at the southern tip of Malay Peninsula holds. Singapore is the smallest country in Southeast Asia yet is home to some of the ancient port cities of the not widely known history. Singapore timely growth has shown the world a great example of a Singapore’s economy.
To start off with, Singapore was also a colony in the 19th century under the United Kingdom. The island was still a tiny Malay fishing village and the first records of its being are found in the Chinese texts from as early as 3rd century. Singapore was known as ‘Temasek’ back in those days along with being an outpost of the Sumatran Empire. But over the entire course of history, the island has been witness to numerous political conflicts which has played a significant role in altering its destiny.
For instance, Singapore was a unit of the Sultanate of Johore only till the time it was set on fire by the Portuguese troops during the Malay-Portugal wars in the year 1617. But in 1819, the British East India Company signed a treaty with the Sultanate of Johore for establishing Singapore as the trading post and settlement. Eventually, the instant growth and immigration of several ethnic groups to the island nation, Singapore was declared a British colony by Britain in 1867. The status of the island was also raised to an entrepot town because of its strategic location alongside the busy shipping routes that connected China to Europe.
But destiny had some other plans for ‘The Lion City’ as it was invaded by the Japanese during the World War II. But later became a part of the ‘Federation of Malaysia’ only to gain independence from the Federal Government of Kuala Lampur in the year 1965 after many tussles. Not many people today who see Singapore as the tourism attracting, developed economy of the world know the nation’s struggles of attaining the self-sufficiency status. Once upon a time, the nation was overburdened with housing shortages, lack of natural resources as well as of land and mass unemployment apart from being socially and politically volatile as well as economically underdeveloped. However, the situation started changing for Singapore, once Lee Kuan Yew was appointed as the prime minister in the year 1959. In just three decades of administration, Lee was successful in curbing unemployment as well as raised the standards of living of the island citizens. He also developed the economic infrastructure which elevated Singapore into a developing nation and finally it attained the status of a developed economy. However, in the recent times, the nation has had to deal with several disasters, the crucial one being the Asian financial crisis in the year 1997, the terrorist’s threats by Jemaah Islamiah or IJ and the SARS outbreak of 2003.
No matter what the island nation had gone through in its history, today it is among the most developed and rich countries of the world. 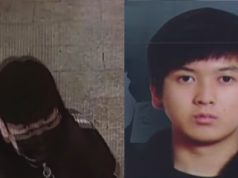 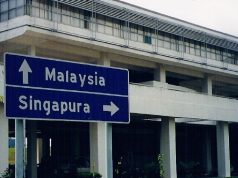 SG & M’SIA DISCUSSING ON BORDER REOPENING IN MAY 2021 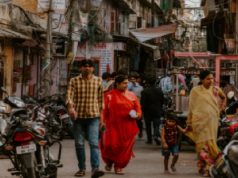